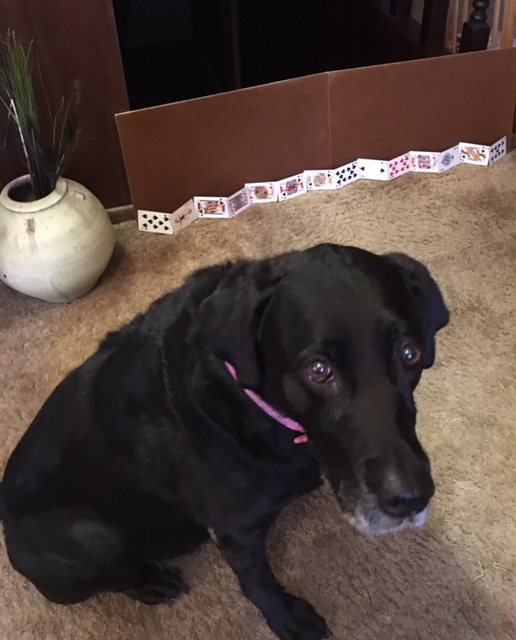 We have an unconventional method for gauging aging at the White house. It involves baby gates to keep Lily White, the black Lab, from roaming room to room. After reading, you’ll understand how gates experience aging cycles, not unlike humans.

For Puppy Lily, we used 24” gates. She never attempted to breach security. As she grew from tip to hip, our hips were growing too. Growing older. I occasionally caught the gate, with either the front or the back foot, causing the whole damn contraption to fall down. I wasn’t alone. Jeff cussed puppygate more than once, too. At this point, we should have tried harder to maintain range of hip motion by bicycling, if only to practice mounting and dismounting. (i.e. swing that lead leg a bit higher.)

We downsized to a 17” gate. Thankfully, Teen Lily never attempted to escape. It was a major victory, physically and aesthetically. In time, however, we started tripping over 17”. I purchased replacement gates and pitched the broken ones.

Clearly, it was downsizing time again. We now have a 7” gate. It’s a breeze to hop! Old Lady Lily still minds, mostly because her 77 year-old hips couldn’t do it, unless there was a piece of salmon, ham or pumpernickel on the other side. Obviously, we don’t store our food on the floor, so she’s out of luck and leap, as well. Every time I scale that 7” gate, I fist pump the air and yell, “YES!” Sadly, it’s only a matter of time before the 7” gate trips us too.

Aging stinks worse than a dirty dog, but I’ve determined our next four gate levels, in descending order.

(Photo guide: Lily White is pictured above. The 7″ and 2 1/4″ gates are featured. If you look very closely, you’ll notice a Royal Flush…)