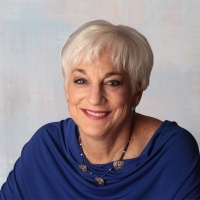 DON’T TOUCH THAT SEEK OR SCAN!

Don’t Touch That Seek or Scan!

Written by Bobbe White for WTAD.COM

Christmas Holiday isn’t everyone’s favorite –or happiest- time of the year, but there’s something remarkably intriguing about the music, which accompanies the season.

In the olden days –eight years ago- before Sirius, we used to dial in our favorite radio stations in our cars and homes. I think there’s still a dial, but it needs some WD40, seeing as nobody knows where it is. During Christmas we get to tap into Christmas past and feel the familiar emotion of those tunes. Some songs ALWAYS anchor memories, for example: sitting on my daughter’s bed, unpacking stuff in her sorority house, circa 2008, listening to “Game, Game, Game”, from Mamma Mia. I don’t know why exactly, but it does and always will.

The same thing happens with certain holiday songs. We’re magically transported back to a time, when the song hits a chord in our heads –or hearts-even if you or your family didn’t celebrate Christmas. Maybe your family –like ours- celebrated a secular Christmas. We were Jewish, but when you’re retail merchants, like my parents were, you still doll up the displays and the Musk (Google it) drums the Little Drummer Boy for weeks. And we can’t help but hum or sing along, regardless of our beliefs. Songs of the season tether our heads to our hearts.

Irving Berlin’s, “White Christmas” premiered on radio at Christmastime, in 1941, just 18 days after Pearl Harbor.  It was only when Armed Forces Radio began to play the song overseas, for American troops that images of the kind of Christmases back home became more memorable. 1942 was the first winter that American troops spent overseas. “White Christmas”, among other carols, spoke to the nostalgia and homesickness of Christmases past, as they longed for a return to home in particular; hope in general. Back home, sweethearts, wives, parents and families were trying to have a semi-normal holiday with hope, too.  It is said that the camaraderie and hopefulness of our troop’s enthusiasm, even in this dark period of history, propelled White Christmas to be a hit, and today it is still the most played Christmas song ever. It’s the glue that connects the past to the present, and the old to the young. Amazing. Never mind it only has 54 words; it both takes us back to a place – and propels us ahead with positive expectation. Never mind Irving Berlin was a Jewish immigrant from Russia. How many cool Christmases do you think he celebrated there? Uh, not many. But it works and it plays and we leave our radios on the station for the first time all year, every year, without surfing for something else. Each Christmas song celebrates a meaningful theme:

-One Horse Open Sleigh: friends and family gather together.

-It’s the Most Wonderful Time of the Year: regardless of belief, tell me you don’t feel the endorphins swimming when you see beautiful displays of lights around the city. Add snow and WHOA!

-Santa Claus is Coming to Town: kids believe that magically, somehow their wishes will be delivered. (Oh boy, the pressure is on the parents, ugh….)

-Feliz Navidad: even if you’re not Hispanic, you know what this means, and you know every word.  That’s integration and acceptance of the world differences, before it was even a top issue. Jose Feliciano. Haven’t thought of that name forever.  How do I still know this?

-Alvin and the Chipmunks: The Christmas Song. You don’t remember it? I’ll give you two hints:  hula hoop.

Jubilee. The art of celebration. A hopeful look to the future. An appreciation for the past. Songs let us possess these things forever.

This month, drive around your city, town or the countryside some night close to Christmas, find a Christmas station and I dare you to tell me you don’t feel a little something resembling hope and good will towards men, women and children everywhere.  Double-dog dare ya. It works, like magic!

One thought on “DON’T TOUCH THAT SEEK OR SCAN!”